He started out as one of the lesser-ran hat acts of the nineties boom, catapulted to fame on the strength of a novelty song. But skillful song selection and deepening commitment to artistry helped Tim McGraw emerge as one of the genre’s strongest talents. 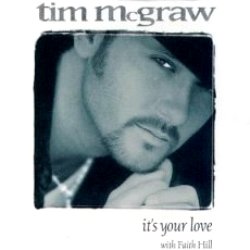 What a voice this woman has. Hearing it again, with just a few more shades of age-earned wisdom and range, is a revelation.