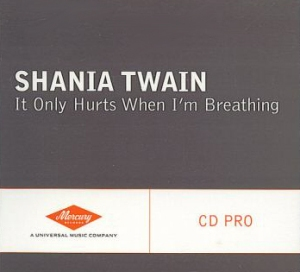 Shania Twain reached her creative peak on Up! , and it’s reflected in the singles released from that project. Come On Over was such a forward-sounding album that by the time the eleventh track played, it sounded like a dated throwback. The closest thing in Twain’s catalog to a lost hit, “When” was released as the follow up to “You’re Still the One” in the United Kingdom. Twain even shot a video for the song, which consists mostly of her playing in traffic while dressed like an angel.