The 80’s keyboard is like a cheese grater grating extra cheese onto the pizza that is “You Look So Good in Love.” To the modern ear, it imbues the song with an unintentional levity even before George gets to his third-verse recitation. Throw in the über-earnest chorus – not to mention the video – and the thing becomes just about impossible to take seriously.

An accompanying press release explains how the idea came about for Suzy Bogguss to record an album of classic American folk songs (some of which sprang from European origins, and were later adopted into American culture): “Suzy Bogguss had a revelation on stage with Garrison Keillor in 2008. Everyone loves to sing along on ‘Red River Valley’ – except the children who somehow don’t know the song.”

From his upcoming fall album release, Guitar Slinger, Vince Gill releases a quiet song that gorgeously portrays a man who is at peace with his impending death. While his loved ones are distraught from the thought of losing him, he assures them that he is not afraid of the prospect and, in fact, welcomes it: The closest he’s come in two albums to capturing his old uptempo spark. Maybe that’s because he’s found his banjo again, and it pokes some much-needed holes in the thick layer of polish. Or maybe it’s because he dares to be a little lusty – “waiting on the sun to go down,” his passion rising like (nice touch) a lake in heat. Of historical note for two reasons.

First, it established Twain’s affection for the exclamation point, a punctuation mark that she would take to ludicrous extremes in the years to come. 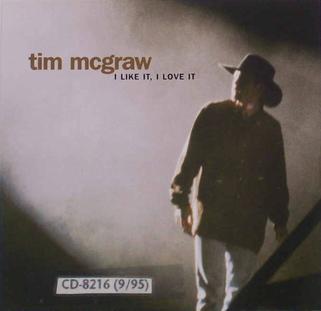 Tim McGraw’s third number-one hit is an odd record to review, as it somehow defies the typical appraisal. The conversational approach that wasn’t quite as effective on “Wanted” delivers here, mostly because Jackson has eliminated the middle man. By all laws of logic and reason, I should hate this song. But I don’t.